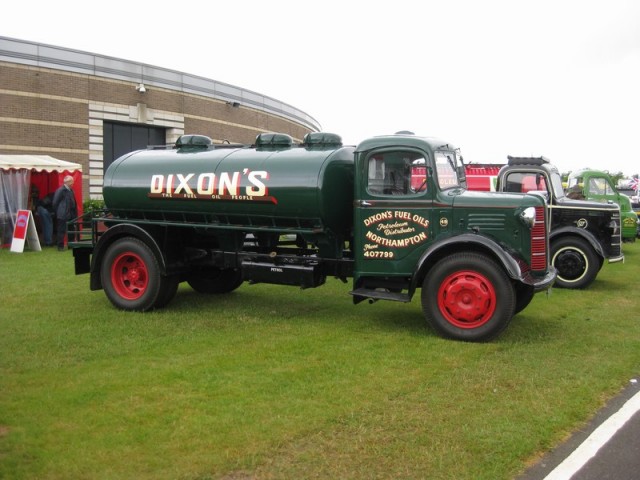 The Classic Commercial Vehicle show is a regular fixture on the vehicle show calendar, held on a mid-June weekend. This year, it was on 11th – 12th June. It has settled into a well-recognised pattern, with the first day seeing exhibitors and show contributors setting up their stalls and displays. There were some visitors on this day, but the busiest time tends to be on the Sunday. Moreover, the ranks of the trucks on display were swelled by a number of show entries arriving early on this second day. This made a 2nd day visit more worthwhile for show visitors. 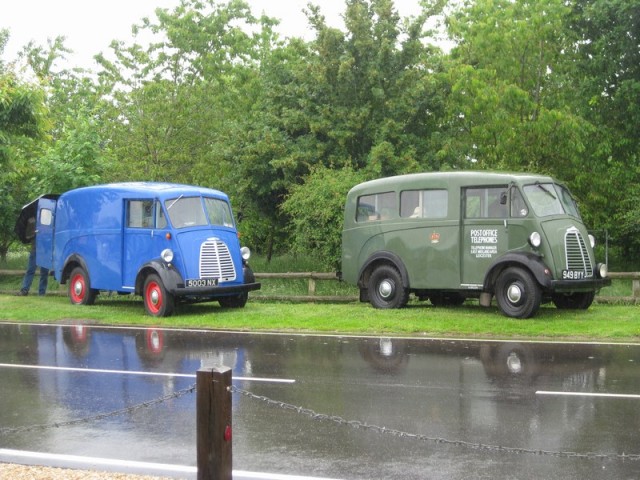 The Morris Commercial Club stand was alongside the Gaydon main spine road, sandwiched between the Leyland Society stand, and the Ford Transit display. This position provided a fairly close view of all the newly-arriving vehicles. Manning the Club stand this year were Doreen and Dennis O’Shea, Ken Bennet, Nigel Harrison, Dick Axtell, Tim Briston, and Brian Campbell-Kearsey, whom we thank for their efforts and contributions.

Harvey Pitcher displayed his 1960, blue JB-Type van, parking opposite the Club’s stand, and he was joined by ex-Member Ray King, with his 1961 GPO telephones planning J-Type, on Sunday, and also by Dave Fletcher, who brought his splendidly-restored 1973 JU250 pick-up. This vehicle attracted a good many visitors’ admiring looks and was much photographed. 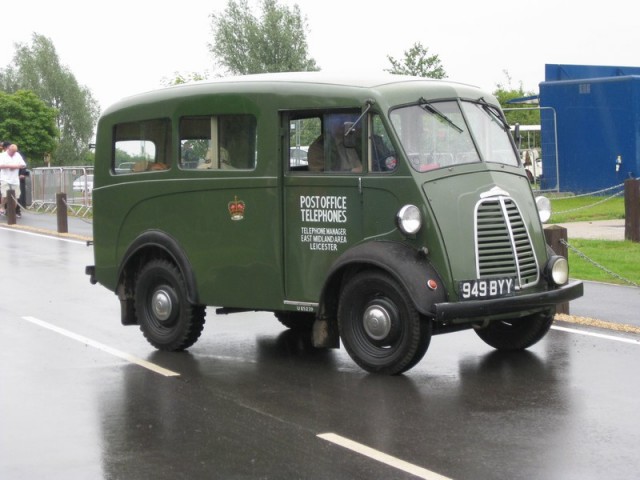 Although there were significant numbers of visitors, we all felt certain that if the weather had been better, or at least drier, there would have been more paying members of the public in attendance. Nonetheless, the Club was delighted to welcome a new Member, Andy Raisey, who has a 1954 NV. We look forward to seeing its restoration.

Of all the other vehicles on display, there were 2 of interest for the Club; a well-known 1961 FFK, owned by William Barton, and an excellently-preserved Austin K4 tanker.