The Club organised its usual stand at this NEC annual event, which has become a major fixture in the Classic vehicle event calendar. The four vehicles displayed on our stand were – 1962 FFK 100 Tractor unit, fitted with an unusual Tasker coupling; 1929 R-Type; 1941 CS8 (with compressor); and a recently and meticulously restored 1954 LC5. 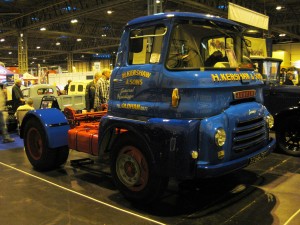 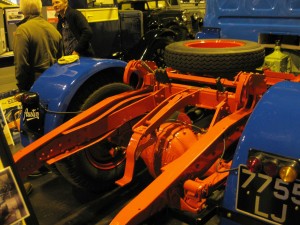 The FFK “tug” was fitted with a Tasker coupling, which, in its day, was an alternative to the more usual 5th wheel means of coupling a tug to a semi-trailer. This feature attracted a good deal of attention from truck enthusiasts. 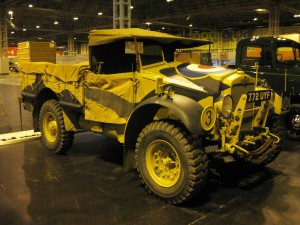 Shown on the left, is the 1941 CS8. This example was a fine specimen of the model, as it had been very carefully restored. This vehicle was in service with 273rd Field Park Co., Royal Engineers. It was discovered as derelict; the restoration took 3 years. Clues to its original camouflage and markings were discovered on the rear of its original tailgate, after removal of several layers of paint. 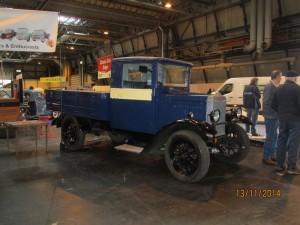 Here on the right is the 1929 R Type. It was first in service, in 1930, in Cumberland, passing through various hands, eventually being acquired in 2012 by Club Member, Stephen Field. 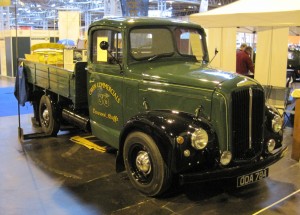 Here is an example of an early LC5, which has undergone restoration over recent months, carried out by David Owen. The paintwork was particularly well finished. Clearly, this restoration represents a lot of very skilled workmanship. Well done to all the team!