Following his morale-boosting troops visit in 1915, Baden-Powell noticed an acute shortage of ambulances. He knew many wealthy families who lived in large country houses, with a large motor-car, which was likely to be laid up for the duration, since most of their chauffeurs had answered the King’s “call to arms” to join up, and petrol supplies were limited.  B-P requested to ‘borrow’ these cars, although it is thought that none were ever returned. The Scout movement was heavily involved in raising funds to assist with the conversion of these vehicles into rudimentary ambulances. B-Ps idea was to remove the passenger-accommodating bodywork  and substitute it with a large wooden box. 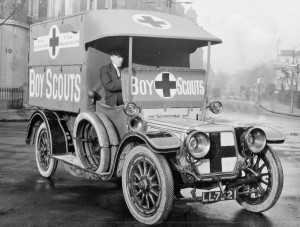 Conversion was done locally, by joiners and blacksmiths, and so probably no two vehicles looked the same. A quick coat of khaki paint and they were off to France, to transport injured troops from the trenches. As far as we know, none of the ambulances were returned to England, most probably having been worn out by travelling along pot-holed roads and bouncing across fields. However several early photos exist and it is these that have inspired me and some of my friends to produce a full-size replica.

We started with an old 1936 Morris-Commercial 1.5 ton, which I had bought some years ago and which was in bits. It was 20 years “too young”, for the intended period, but it was available! My initial doubts, about using this vehicle, fell away after my old friend Tom Merrall convinced me it was the way forward. We both owned similar vehicles which we maintained and took to Vintage Vehicle Rallies each year. Tom commented that as we knew these vehicles so well, we would find assembling all the parts relatively straightforward. What is more, he volunteered to assist me until the project was complete. That was some commitment – and two years later he still comes to help regularly! After having the chassis blast cleaned it was painted, followed by the axles and wheels. 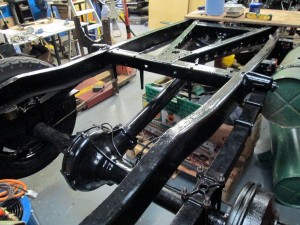 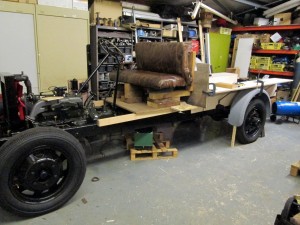 Next stage was to add some bodywork, with the aim of re-creating the earlier period appearance. This is where my friend David Allman joined the team. A retired joinery instructor at the local college, the skills he has developed during a lifetime spent working with wood, were used to the full as he led the construction of the bodywork. 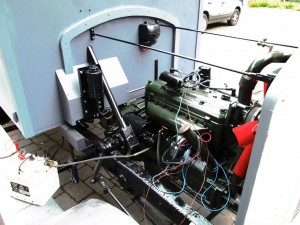 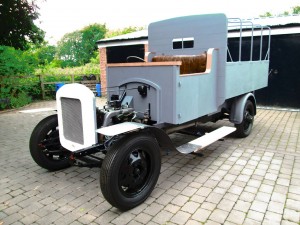 Adding a cab roof, windscreen,  and canvas tilt brought the vehicle closer to build completion. I am very grateful to Blacks of Greenock, who donated the canvas, and also to Stephen Potts, who made such an admirable job of the tilt cover. 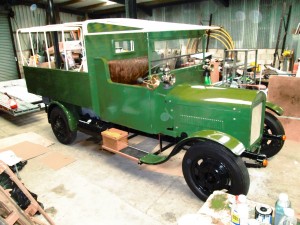 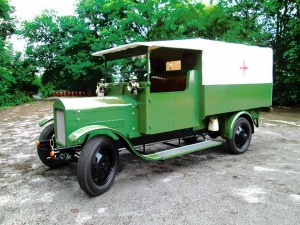 To complete the planned appearance, the wooden bodywork was painted “khaki”. Further touches were added, including the important Red Cross insignia, and the Boy Scouts legend. This is when retired coach-painter Brian Jones used his skill to brush paint the vehicle to a very high standard. 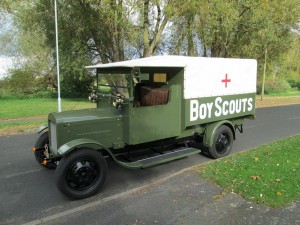